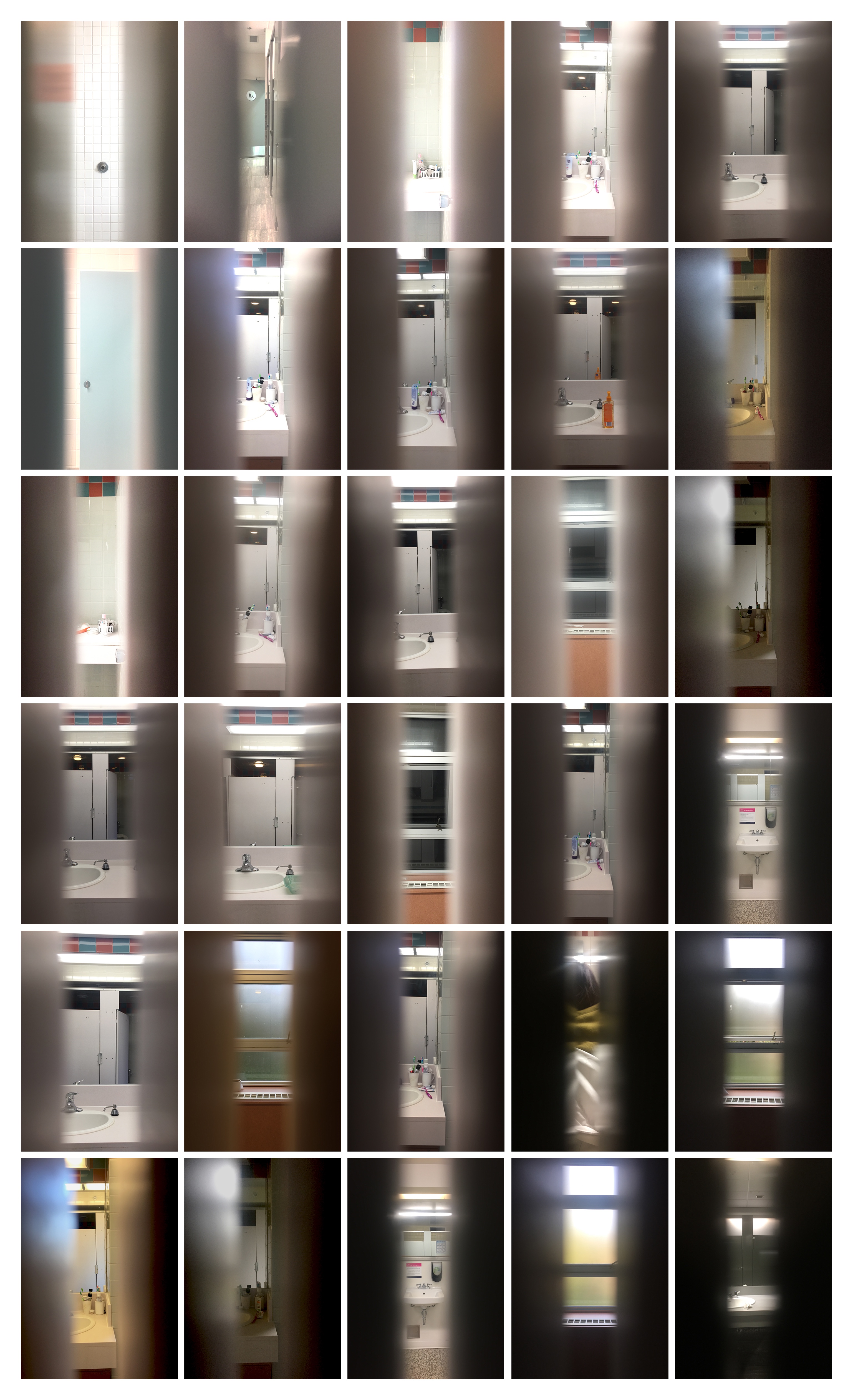 The collage constitutes a weekday’s worth of bathroom door gaps. As a foreigner I found this unfamiliarity unsettling. By using my phone’s camera, I was able to capture instantaneous stills. Each photo was taken to the edge of the gaps to accurately capture how a small space commands a large visual peripheral frame. It was a highly uncomfortable photo-taking experience initially, however over time it became a routine and I cared less. This emphasises the notion of normalisation of over time. It draws on the recent sexual assault cases where women have almost become desensitised to sexual advances because they are told to not speak out about such matters. Normalisation can be dangerous as we become less receptive to the flaws of the notion.

I did not take photos when other people were in the frame. However, I wanted to extend the dialogue by asking the public if I could use the photo of them after taking it. I only had the courage to do so when my friend was outside. Below, is the photo I took of her. 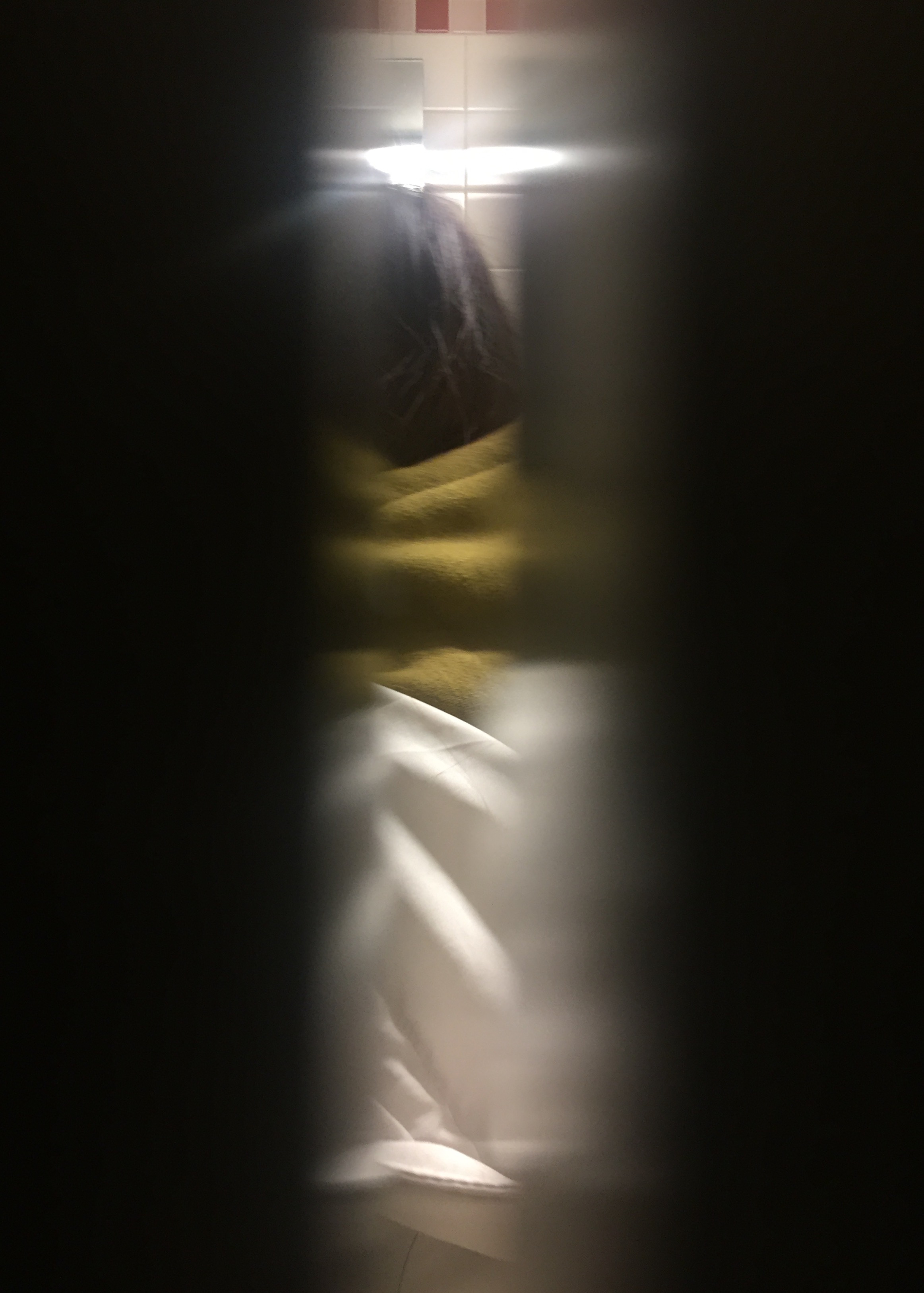 Even though her face was not in the image she was terrified because of how intimate the photograph felt. This intrusive quality is what I wanted to depict through the piece. This raises the question of when does a public space become private and how do we as a society quantify this. To further depict this I made sure the borders were small to create a claustrophobic space.

A Little About Me

When Does the Public Become Private?