My brother is the subject matter of this piece. In the composition he looks like he is in the middle of a check up as he is pulling his eyes wide open. When observed carefully one of his pupil’s has an orange-brown hue suggesting that he has contacts on. The contacts symbolise artificiality wherein the user is able to assume a new identity with it on since your eyes are the windows to your soul. The background is filled with Indian patterns to show how our Indian roots have become an external influence rather than something that is attached to us. By using red overtones to render his skin I made my brother look sickly.

This work highlights how me and my brother's identities, as first generation immigrants from India living in Hong Kong, are constantly in cultural crisis. Through this piece I portray my brother as a patient to show how having an identity crisis is comparable to having an internal disease. It is something that other people may not be able to sympathise with unless they have gone through the same thing.

This piece was originally about ocean pollution however after considering the visual aesthetics and the metaphoric meanings created I decided to tweak its meaning to convey my identity conflict. Below are some sketchbook pages showing my ideation process. 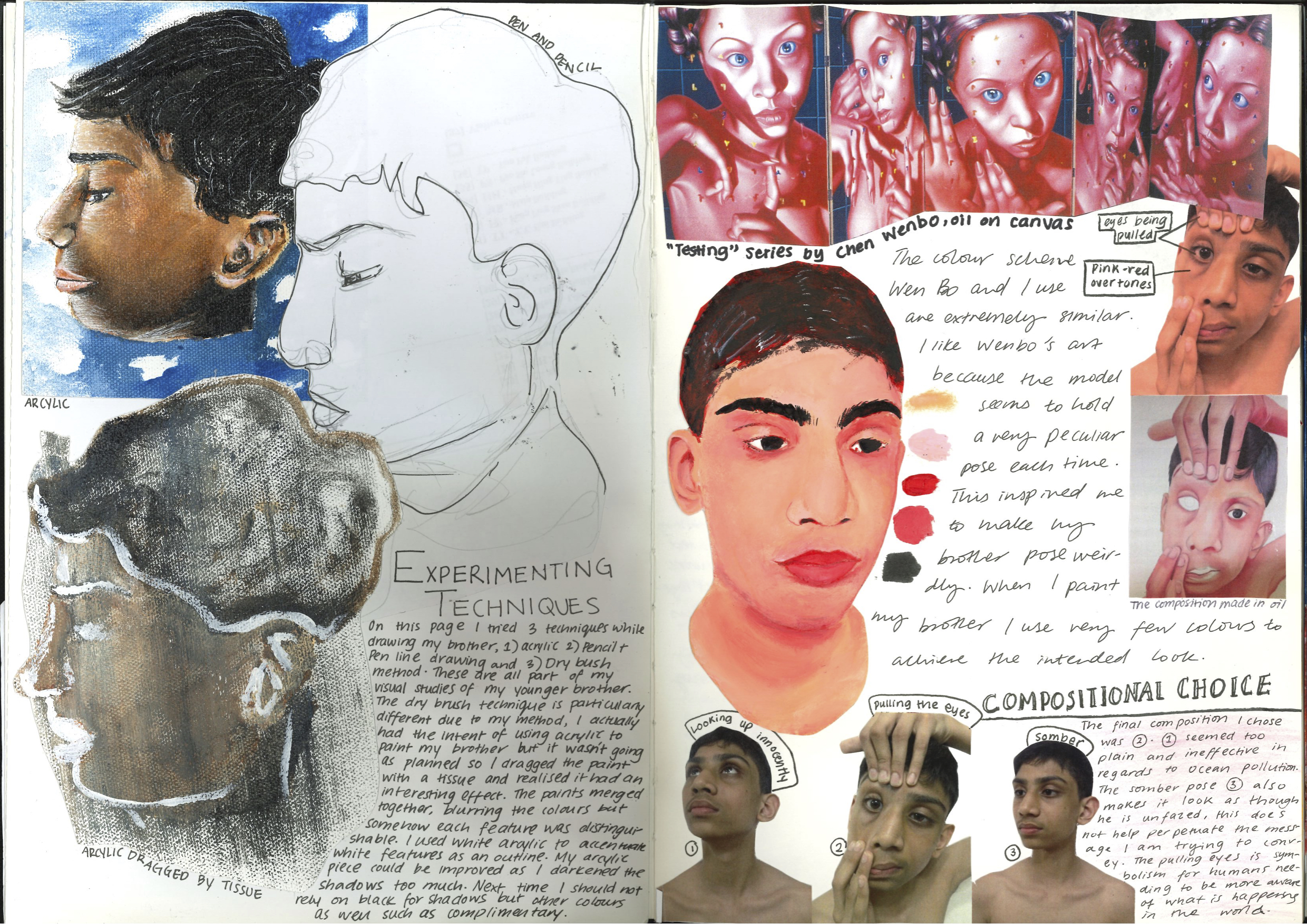 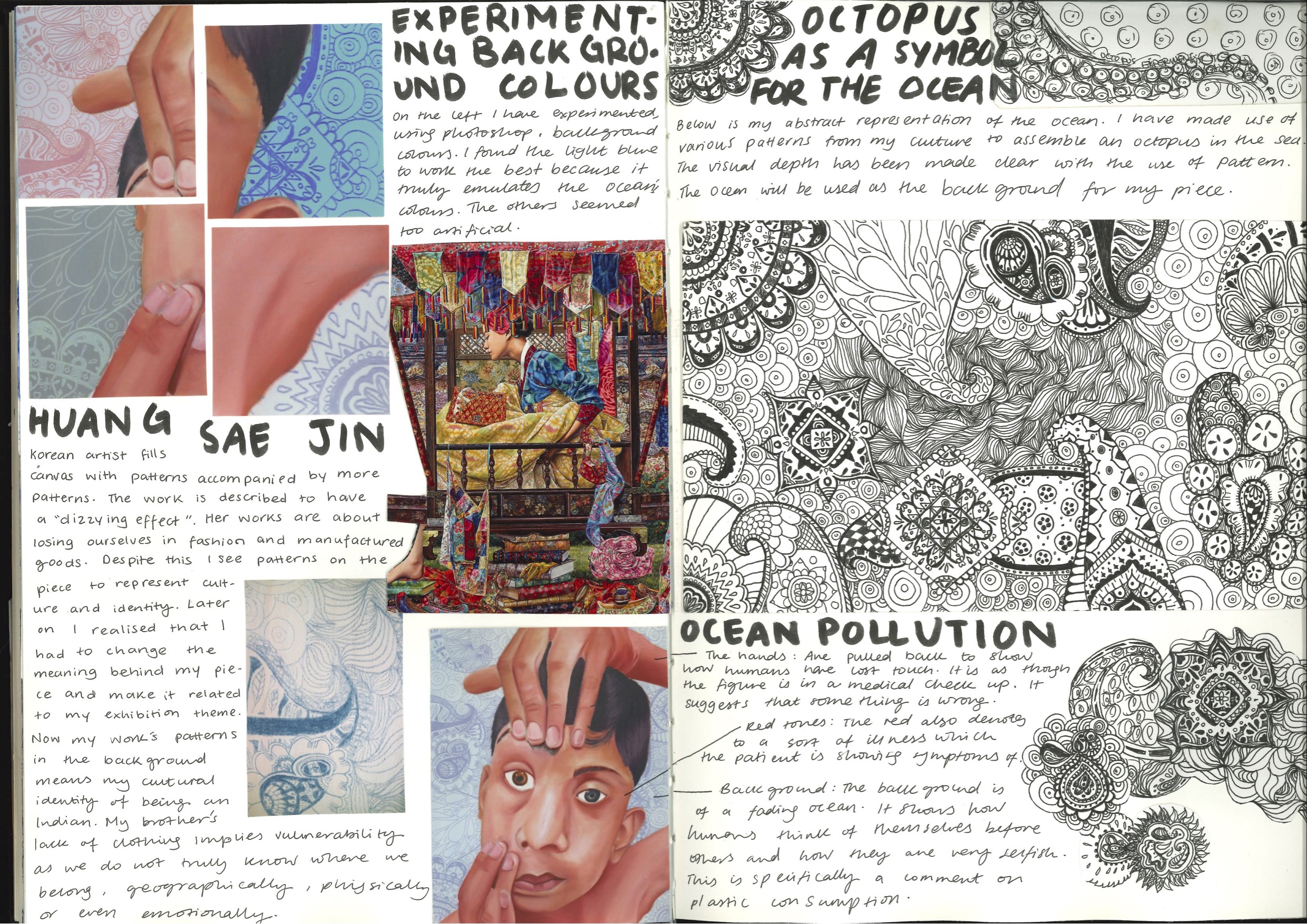 A Little About Me

When Does the Public Become Private?